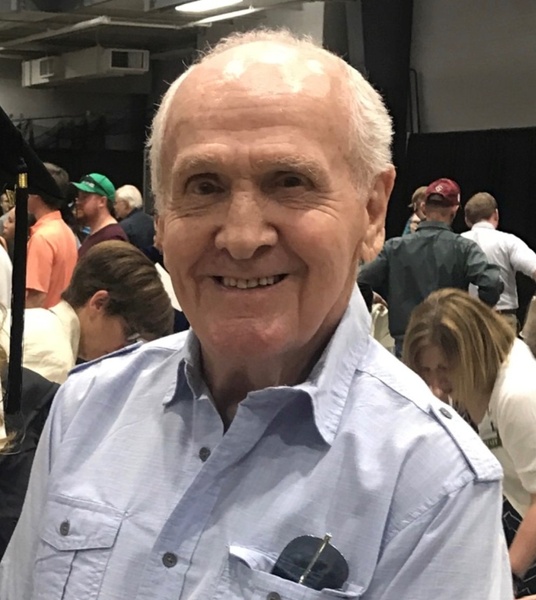 Westminster-Edward Paul Brennan, 89, died Tuesday, July 26, 2022 at Sterling Village in Sterling after an illness with his family by his side. He leaves his wife, Kay Patricia (Smith) Brennan; son, Martin Bradford and his wife Maryann of Leominster; daughter, Therese Brennan of Ashburnham; and predeceased by his daughter Tracy McCulley, son-in-law, Paul McCulley of Royalston and eight grandchildren; nine greatgrandchildren; brother, Richard Brennan of West Roxbury; sister, Judy Ledwith of Foxboro and Edward is predeceased by eight siblings and many nieces and nephews. He was born in Boston, MA on December 28, 1932, a son of the late John Albert Sr. and Margaret Alice (Baker) Brennan. He was a graduate of UMass Amherst with a BA in Business Administration. He served in the US Airforce for 24 years as a MSGT and completed his career as a Civil Service Intelligence for 15 years. Edward enjoyed hiking, going to the fitness center, swimming, watching college/pro football and other sports. Most of all watching his grandchildren play in their different sports/activities. He was a captain of his football team in High School and played football in college as well. He held an advanced level of a brown belt in Taekwondo. Edward always had a joke for everyone and could always lighten up the mood. He had a great love of dogs of any kind, known to many as the “Dog Whisper” and his grandchildren and great-grandchildren were the love of his life. The family would like to thank the Sterling Village Nursing home for their love, compassion and care of Edward. A graveside service with military honors will be held on Tuesday, August 9, 2022 at 10:00 a.m. in the Massachusetts Veterans Cemetery, 111 GlenAllen Street, Winchendon, MA 01475. In lieu of flowers, please consider making a memorial contribution to either the Sterling Animal Shelter,https://www.sterlingshelter.org or the American Arthritis Foundation https://www.arthritis.org/donate. To leave an online condolence please visit, www.stone-ladeau.com The Stone Ladeau Funeral Home, 343 Central Street, Winchendon, MA 01475 has been entrusted with Edward’s funeral arrangements. Kevin J. Mack, Walter C. Taylor and Douglas M. Stone, funeral directors

To order memorial trees or send flowers to the family in memory of Edward Paul Brennan, please visit our flower store.