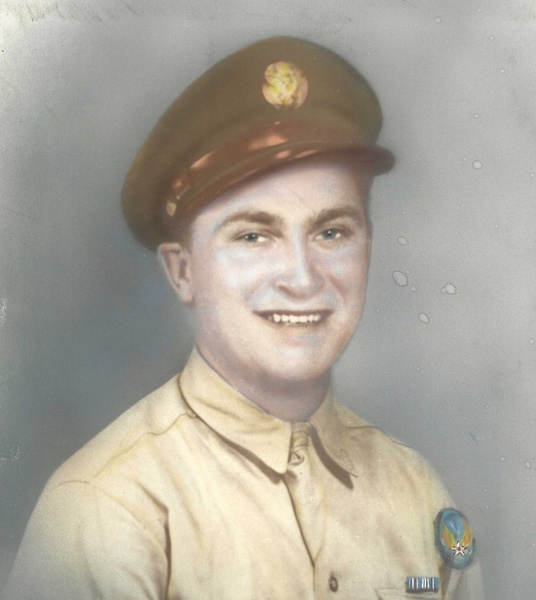 Earl was born on January 5, 1922 and lived in Winchendon. His parents were the late William M. McQueston and Mary E. McQueston of Winchendon, MA.

While in high school Earl was in the football team, the baseball team, track team, hockey, printing club and Foreign Relations Club.

After high school, Earl joined the Army Air Force. He served in Brazil for more than 3 years with the base unit 152 Army Air Force. While in Brazil, Earl would send small articles to the Winchendon Carrier Editor, to be published and give a unique perspective on the Brazilian culture and its involvement in WWII.

After November 17, 1945, Earl separated from the military with Honorable Discharged He joined his wife on their new house and started working as a machinist for Goodspeed Machine Co. with the purpose of starting a family.

Earl became an important member of the community as a founding member of the Winchendon Rod and Gun Club. He was a proud member of the American Legion. Earl enjoyed hunting, fishing, and competing in dog raises with his two sons. He will always be missed with a smile.

Calling hours will be held on Thursday, August 4, 2022, from 9:30 am to 11:00 am at Stone Ladeau Funeral Home, 343 Central Street Winchendon, MA followed by a burial at the Riverside Cemetery, Glenallen St, Winchendon, MA

To order memorial trees or send flowers to the family in memory of Earl W. McQueston, please visit our flower store.