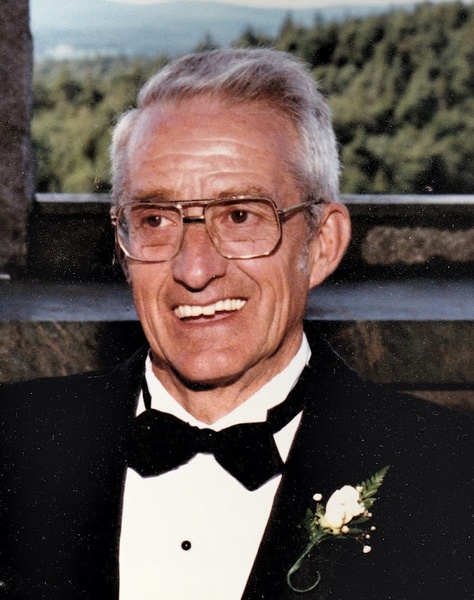 ASHBURNHAM – Donald A. Bisbee Sr, 97, of Ashburnham, died peacefully Thursday afternoon, August 11, 2022 in Gardner Rehabilitation and Nursing Center, with his family at his side.

He was born in St. Johnsbury, VT the son of the late William and Geneva (Harris) Bisbee and lived in Ashburnham for the majority of his life.

Donald had worked as a finish carpenter for 30 years and prior to that had worked as maintenance foreman for 23 years at the former Parts Rebuilders of Fitchburg.  He proudly served his country as a member of the United States Navy, stationed on the USS Leary, during World War Two.

Donald was a member of the former Ashburnham Grange as well as Ashburnham Lions Club.  Spending time with his family was Donald’s greatest joy in life.  Whether it be playing games or vacationing with them, hosting family gatherings or lending a helping hand (to family and countless others), Donald was always there.  He greatly enjoyed working with wood, making furniture, bird houses, lawn ornaments, etc, for his family and many others.

Memorial donations may be made to People’s Church (Note Food Pantry in the memo section), 56 South Main Street, Ashburnham, MA 01430.

To order memorial trees or send flowers to the family in memory of Donald A Bisbee Sr., please visit our flower store.