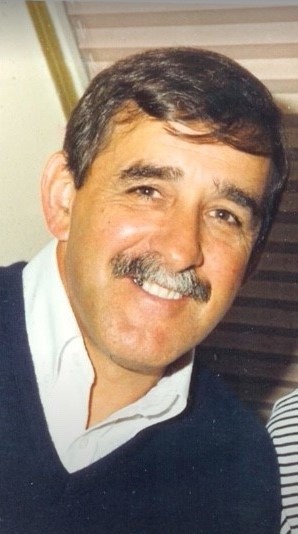 Perhaps the first impression of Dennis was his genial disposition; his sense of humor. He was a Roast Master, literally and generally speaking, but simply used a quick quip when that was all that was needed. Dennis will be remembered for his wit, passion for the New England sports scene, watching his grandchildren’s activities, along with his indelible memory and enjoyment of history.  Most importantly, Denny will be remembered as one who placed his family first and demonstrated unwavering love and loyalty to his wife of 53 years.

He was born in Gardner on November 23, 1941, the youngest of nine children of the late Henry A. and Ruth K. (Laclair) Casavant and was a resident of Winchendon for most of his life.  Dennis was a graduate of Murdock High School, where he was a proud member of its Championship Blue Devil football team with his brother, David.  He earned the nickname “Mr. Outside” for his ability to utilize his speed, an attribute likely honed as a youngster running from his older brothers.  While in high school, he enjoyed the limelight imitating the likes of Gene Kelly while participating in school musicals.  He later graduated from Mt Wachusett Community College with an Associate Degree in Law Enforcement.

Dennis proudly served his country as a member of the United States Army.  After fulfilling his military service, he married Gail F. (Theodore) Casavant during a hurricane on October 1, 1966 and pursued a career in law enforcement.  A police officer for 29 years, Dennis began his career with the Winchendon Police Department and then became a member of the Gardner Police Department, where he was a sergeant for many years and retired as its School Resource Officer. Dennis enjoyed interacting with the faculty and students alike, making lasting friendships with all (most) who came to know him. After retiring from law enforcement, Dennis decided to dabble in high finance and worked for the GFA Federal Credit Union for seven years.

Dennis was a member of Immaculate Heart of Mary Church and Eugene M. Connor Post #193 American Legion, where he was a member of its funeral honor guard.  He was a member and Vice president of Friends of Old Murdock and a member of the Winchendon Housing Authority.  Mr. Casavant was a respected football referee for 25 years for North Central Mass. Conference of Football Officials, often assigned to one of the oldest rivalry games in the country: Fitchburg vs. Leominster on Thanksgiving Day. An avid golfer, Dennis enjoyed playing in the former Winchendon Senior Golf League.  A part time resident of Nokomis, FL, he enjoyed playing pool and horseshoes with his friends and acting in a few plays. Dennis and his wife Gail found their happy place in Wells, Maine where they enjoyed many summers with their family timing the tide at the "green wall" and creating an airtight battle strategy for finding the perfect (free) parking space.

Besides his wife, Dennis leaves his two children, Dr. Christopher D. Casavant and his wife Dawn of Winchendon and Marnie DuBois and her husband Brian of Auburn, ME; six grandchildren, Jacob, Matthew, Michael, Olivia, Madeleine and Bennett; a brother David N. Casavant of Winchendon; a sister Rita P. Bolton of CA and many nieces and nephews.

In lieu of flowers, memorial donations may be made to Camp Jabberwocky, a residential vacation camp for people with disabilities where his grandson Matthew finds great joy every summer.

To order memorial trees or send flowers to the family in memory of Dennis B. Casavant, please visit our flower store.