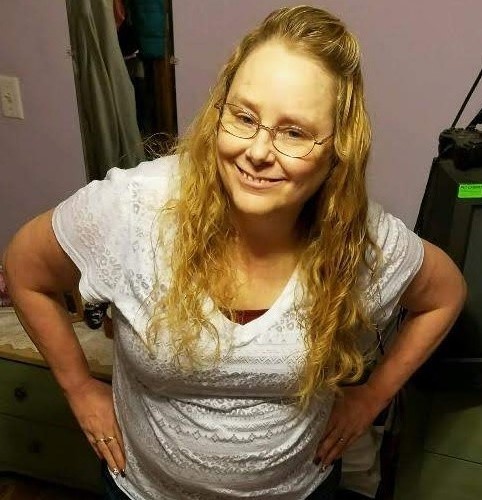 She was born in Athol, MA on April 27, 1964, daughter of the late Frank and Gloria Whitman and grew up in Phillipston.  Cindy was a graduate of Narragansett Regional High School, Baldwinville in 1982.

Cindy had worked most recently at Dunkin Donuts in Ashburnham.  She had worked as a waitress many years ago at the King Phillip Restaurant and Pete and Henry’s Restaurant and later worked for several years as a cashier at Wal-Mart in Gardner.  Her greatest enjoyment was spending time with her family and grandchildren.  She also enjoyed scrapbooking, knitting scarfs and blankets and listening to 70’s and 80’s music.  She had also enjoyed the company of her dogs, Buddy and Scrappy.

Burial will be in Lower Cemetery, Phillipston at a later date.

Please click here to view the video tribute
To order memorial trees or send flowers to the family in memory of Cindy L. White, please visit our flower store.