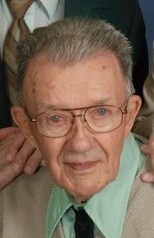 He leaves his wife of 57 years, Jean C. (Perkins) Joslin; two sons, James C. Joslin and John W. Joslin, both of Winchendon; a sister Janet Chin of Burlington, MA and several nieces and nephews.  He was preceded in death by a son, Bruce Joslin, who died as an infant, and four sisters, Esther L. Copp, Ruth Pilotte, Joyce Johonett and Ella Ziter.

Funeral services will be held Tuesday, May 2, 2017 at 3 P.M. in Stone-Ladeau Funeral Home, 343 Central Street, Winchendon.

A calling hour will precede the funeral Tuesday from 2 to 3 P.M.

Memorial donations may be made to United Parish, 39 Front Street, Winchendon, MA 01475.

To order memorial trees or send flowers to the family in memory of Charles C. Joslin, please visit our flower store.