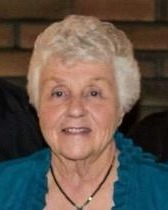 TEMPLETON:  Catherine A. (Hansen) Caisse, 88, of Baldwinville, died peacefully Thursday afternoon, October 27, 2022 in Alliance Health at Baldwinville, with her family at her side.

She was born in Bethel, VT on August 6, 1934, daughter of the late William A. and Marion E. (Davis) Hansen and moved to this area at a young age.  Cathie graduated from the former Templeton High School with the Class of 1952 and later graduated from David Fanning Trade School of Hairdressing.

A hairdresser for many years, Cathie owned and operated the former Cathie’s Beauty Shop of Baldwinville from 1957 to 1970.  In later years, she worked as a tour guide at Wilson Bus Lines.  For several years, Cathie spent winters in Sarasota, FL.  She was a member of St. Vincent de Paul Church of Baldwinville and was an avid fan of the Boston Red Sox.  She enjoyed crafting, traveling, playing cards with friends and especially treasured time with her family.  She was a devoted and loving wife, mother, grandmother and great grandmother.

In addition to her husband, she was preceded in death by a grandson, Stephen Hill and a great grandson, Evan Corey, who died at birth.

Funeral services will be held Monday, October 31, 2022 at 11 A.M. in Stone-Ladeau Funeral Home, 343 Central Street, Winchendon.  A calling hour will precede the funeral Monday from 10 to 11 A.M.

Memorial donations may be made to the Templeton Recreation Department.

To order memorial trees or send flowers to the family in memory of Catherine A Caisse, please visit our flower store.