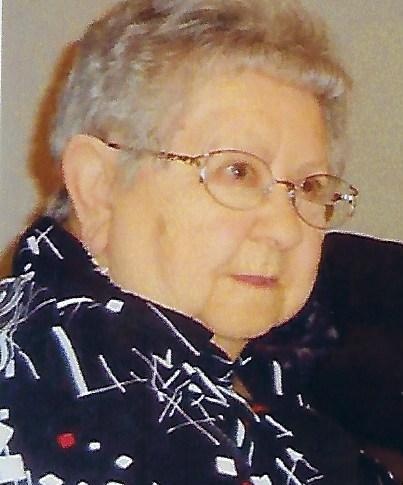 She was born in Webster, MA on December 7, 1934, daughter of the late Euzebi and Antoinette (Fountaine) Chauvin and had lived in Hubbardston since 2012.  Blanche previously lived in Florida and Spencer.

Blanche was very devoted to her family, which was the center of her life.  She cherished spending time with her children, grandchildren and great grandchildren.  While living in Spencer she had volunteered as a school crossing guard.  She enjoyed playing bingo, knitting, walking and cooking.  In recent years, she volunteered at the Winchendon Senior Center.

A celebration of Blanche's life will be held at a later date.  There are no calling hours.

Burial will be in Worcester County Memorial Park, Paxton at a later date.

Memorial donations may be made to Winchendon Senior Center, 52 Murdock Avenue, Winchendon, MA 01475.

To order memorial trees or send flowers to the family in memory of Blanche A. Davis, please visit our flower store.