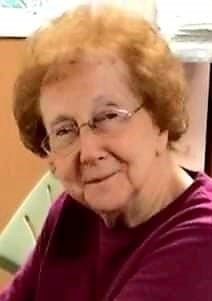 She was born in Keene, NH on January 21, 1933, daughter of the late William and Florence (Allen) Daily and was a graduate of Keene High School.  She had lived in Fulton, NY for the last seven years after moving from Gardner, MA.

Mrs. Ouellette had worked at Simplex Time Recorder for many years an administrative secretary for Edward G. Watkins.  Beverly spent summers and winters in Maine before moving there permanently in 1994.  She enjoyed the ocean and walking on the beach.  She also enjoyed camping in Wells, shopping with her children and antiquing with her late husband.

To order memorial trees or send flowers to the family in memory of Beverly Ouellette, please visit our flower store.