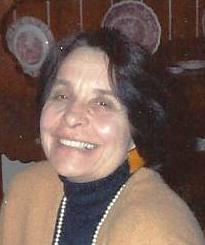 She was born in Fitchburg on February 2, 1932, daughter of the late Samual and Gertrude F. (Whitney) Catanese and lived most of her life in Winchendon.

Betty was a 1950 graduate of Murdock High School and was a graduate of the former Heywood Hospital School of Nursing.  She worked for over 30 years as a registered nurse for the late Dr. Carl Antonellis and Dr. Alton Skelton until her retirement.

Betty enjoyed walking, cross country skiing, playing volleyball at the Clark YMCA and golfing.  For many years, she was a member of the board of directors at Winchendon Council on Aging.  She and her late husband owned a home on Buzzards Bay, where they spent many summers.

Her husband, Robert R. Russell, died in January, 2016 and a son, Robert Russell died in 1988.  She leaves a brother, Richard Catanese of Concord, MA; a sister, Beverly Camp of Princeton and several nieces and nephews.

A private funeral service will be held in Massachusetts Veterans' Memorial Cemetery, 111 Glenallen Street, Winchendon.  There are no calling hours.

To order memorial trees or send flowers to the family in memory of Betty L. Russell, please visit our flower store.