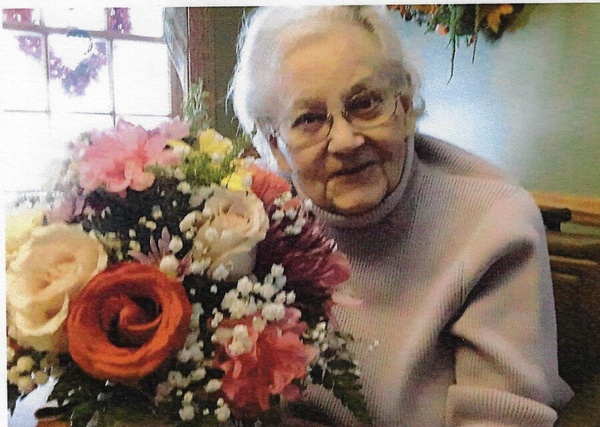 WINCHENDON - Bette (Plouffe) Sparks at the age of 92, went to join loved ones in heaven that preceded her on Friday morning, March 19, 2021.

She was born on August 1, 1928 to the late Herbert and Maxine (Goodell) Bosworth in Swanzey, NH but spent most of her life in Winchendon, MA.  She married Raymond C. Plouffe on November 16, 1946 and resided for over 70 years in the home he built for them on West Street in Winchendon.  In following years Bette gave birth to Peggy L. Quesnel followed by Jerry A. Plouffe and Nancy K. Macomber.  Bette had 2 sons-in-law, Ronald Quesnel and the late Robert F. Macomber.  All her children have lived closely to her enjoying her company and humor daily.  She leaves one grandson, Daniel R. Quesnel who resides in Arlington, TX with his wife, Lisa.

Bette’s first love, Raymond, died unexpectedly in 1999.  She later remarried J.C. Sparks in 2001 and they enjoyed 10 years of marriage before his passing.

Bette’s favorite past time was playing the “Nickels Game” with family and a group of close friends. She also enjoyed buying greeting cards to send to family, friends and acquaintances.  It was rare that she missed one’s birthday, anniversary or other special occasions.  She enjoyed trips to Mohegan Sun and buying lottery tickets.  Over the years many people referred to her as “Meme” and in some cases “Mom #2”!

In 2020 she bounced back after having radiation and chemo treatments for bladder cancer.  She became cancer free, but later had to have a nephrostomy tube in her back.  It was her choice August 2020 to move in with daughter Nancy who became her caregiver with the help of family and friends.   She had more than the 9 lives any cat  would have because no matter what illness she battled, she bounced back many, many times until she was stricken with a stroke and brain bleed on March 17th.  She laughingly called herself the “Miracle Lady”.  She was a Christian woman and had no fear of dying knowing.  When the Lord called her home, she was ready!  Unfortunately, this strong, but gentle woman’s time was up sooner than any of us had expected.

Every doctor, nurse and caregiver would have to guess her age because she never looked as old as she was and she took great pride in that!!  The humor she shared with family, extended family and friends has blessed this world with great memories.

Calling hours will be from 4-6 PM Thursday, March 25, 2021 in Stone-Ladeau Funeral Home, 343 Central Street, Winchendon followed by a brief service.

Funeral services may be viewed at the following link: https://webcasts.lifetributes.com/1128821

Donations can be made to a charity of your choice, or simply take the time to send a friend a note knowing you did so in her memory.  She would’ve love that J

Please click here to view the video tribute
To order memorial trees or send flowers to the family in memory of Bette Sparks, please visit our flower store.