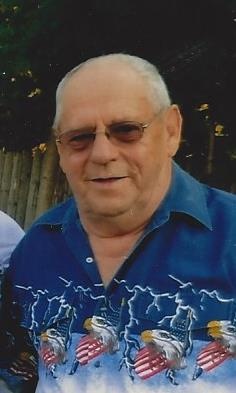 He was born in Winchendon on March 19, 1940, son of the late Red and Irene (Raymond) Gilbert and was a lifelong resident of Winchendon.

Buddy worked as a machine operator at H&R for 28 years until his retirement.  He previously worked as a carpenter at Ft. Devens, a cook at Franklin Pierce College and as a mail truck driver from Gardner to Keene, NH.  Buddy proudly served his country as a member of the United States Army and as a member of the Massachusetts National Guard for 22 years.  He was a member and past commander of Eugene M. Connor Post 193 American Legion.  His hobbies were golfing and bowling.

Military funeral services will be held Thursday, October 13, 2016 at 1 P.M. in the Masachusetts Veteran's Memorial Cemetery, 111 Glenallen Street, Winchendon.  There are no calling hours.

Memorial donations may be made to a veterans organization of one's choice.

To order memorial trees or send flowers to the family in memory of Arthur J. Gilbert, please visit our flower store.