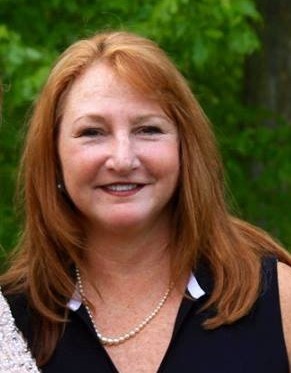 Alicia Moreau Shambo passed away peacefully in her sleep on June 25, 2022 in her beloved chalet on the hillside of the White Mountains in New Hampshire.

She is survived by her three children: two daughters, Brittany Evangeline Shambo, and Natalie Margaret Shambo; a son, Thomas Alan Shambo; and her beloved dog, Baron. She leaves her three brothers: Philip Kirk Moreau (Lisa) of Hubbardston, MA, William Mark Moreau (Ginger) of York, ME, and Kent Smokey Moreau (Susan) of Westminster, MA, as well as a step brother, John Beecher Skelton (Carolyn) of Andover, MA. She also leaves six nieces and nephews, and eleven great nieces and great nephews. She is predeceased by her twin brother, Alan Ray Moreau, who died in 1994.

Alicia was raised in Winchendon, and graduated from Murdock High School in 1980. At the age of 18, she enlisted into the United States Navy and served as a Corpsman. She was a member of the United States Navy for twelve years (four years active duty, eight years reserves), during which time she was stationed in Oakland, CA and Subic Bay, Philippines.

During her time in the US Navy Reserves, Alicia attended The College of Charleston in Charleston, SC and graduated in 1989 with a Bachelor of Arts degree in Business. She moved back to MA shortly after, and graduated with an MBA from Nichols College in Dudley, MA in 1992. She worked for Banyan Systems in Westboro, MA until starting her own sewing and interior design businesses, The Curtain Lady/Designs by Alicia, in 2000. Alicia lived in Hopkinton, MA from 1992 until 2017, at which time she moved to Franconia, NH.

Alicia was a great lover of the outdoors, enjoyed spending time in her garden, had many adventures travelling the world, but her true passion was for skiing at Cannon Mountain. She volunteered at the Hopkinton schools every Veteran’s Day to teach the kids about the military, and also volunteered in helping lead a Girl Scout troop. She was a member of the Mittersill Association for Chalet Owners (MACO), and served on the Zoning Board Committee for the town of Franconia, NH. Alicia was a parishioner at St. John’s the Evangelist church in Hopkinton, MA where she was active in the RCIA and CCD programs.

Alicia volunteered at the Boston Marathon for many years, handing out mylar blankets at the finish line. During the 2013 Boston Marathon Bombing, she was a first-responder on the scene and was instrumental in helping to save the lives of many victims, utilizing her US Navy Corpsman training once again.

There will be a burial with military honors at Riverside Cemetery, Winchendon Saturday at 2 P.M.  The family invites you to a reception after the funeral for a light lunch and refreshments.

In lieu of flowers, the family requests donations be sent to The Adaptive Ski Program of New Hampshire in Alicia’s honor: https://aspnc.app.neoncrm.com/donation.jsp?campaign=244&

There will be a Celebration of Life in Alicia’s memory held in New Hampshire at a later date. There will be details to follow.

To leave a condolence, go to www.stone-ladeau.com

To order memorial trees or send flowers to the family in memory of Alicia Moreau Shambo, please visit our flower store.