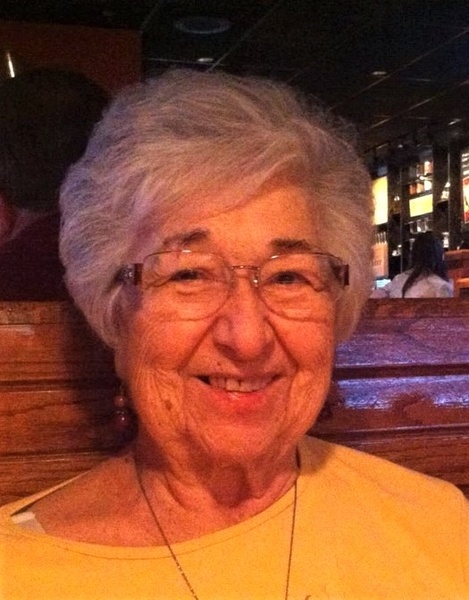 She was born in Cambridge, MA on November 26, 1929, daughter of the late Manuel and Maria (DeJesus) Marques and had lived in Los Angeles, CA and Raleigh, NC.  In 2012, she and her late husband moved to New Bern.

Alice was a devoted Christian wife and mother, grandmother and great grandmother, who also had a blooming career as a Hollywood starlet. She showed love and concern for all and gave of herself in extraordinary ways. She always wore a smile and had comforting words for all she met. She moved to Los Angeles in her early 20's where she met her husband, John Fairbanks McMillan, in church, while he was playing the clarinet and she was a soloist. They had a whirlwind romance, dated for 2 weeks, then got engaged and married in 2 months. Their marriage that would span almost 60 years.

Alice was a gifted opera singer who was known as one of the Hollywood starlets in the early 1950's, and embarked on a career both onscreen, and with local orchestras. Her talents were also shared at church where she was the soprano soloist in the Messiah , in the Los Angeles First Baptist Church for over 25 years. Blessed with many musical talents, she also loved to knit, crochet, read a good romance novel, sew, and tackle a good crossword puzzle. She developed a love of the outdoors with her husband. Family hikes in Yosemite were her favorite.  She was active in many organizations, such as Phi Beta Kappa, Phi epsilon, a member of Los Angeles local 47, worked heavily with the Knights of Columbus, Elks, Shriners, and even worked in the local office during elections.  With encouragement from her husband, she graduated at the age of 47 from the USC School of Music where she received the Emmily Bovard Bradely award for having the highest GPA of any student for that year in the entire University.  She has performed for Presidents and heads of State, both here and abroad.

She was the youngest of 6 children, from an immigrant family from Portugal, and the last one who remained living into the 21st century. Her voice took her to high places. She performed in public for the first time at the age of 2. The last time when she was 78. She had a funny sense of humor, nerves of steel, a sweet and kind smile, and undying devotion for the man she loved.

Graveside services will be held in May at a day and time to be announced in Hillside Cemetery, Goddard Road, Rindge, NH.

Memorial donations may be made to a local animal shelter in her memory, as she had a connection to her Newfoundland buddy Elijah.

To order memorial trees or send flowers to the family in memory of Alice M. McMillan, please visit our flower store.