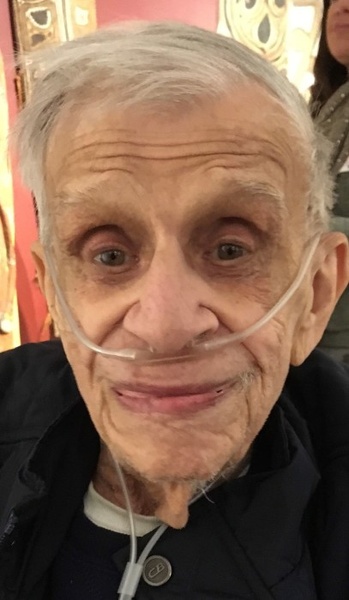 Al proudly served his country as a member of the Army during the Korean War as a combat medic.

Al retired from the City of Boston, where he was known for the last man standing on how to maintain the gas street lights.

His wife of 22 years Anne Monaco passed away in 2007.  He leaves behind two sons Michael Lee and his wife Penny of Winchendon, and Bill Monaco of Boston, one brother Tony Monaco of Waltham, nine grandchildren and fifteen great grandchildren.

Al enjoyed his weekly trips to the Carriage House with Gabby where he would be found with his Keno ticket and his CC in hand, being spoiled by his favorite waitress Patty. Al loved cooking, watching the Patriots never lose, and The Boston Red Sox keeping the city proud. He was faithful to his Old Westerns, and never missed The Price is Right.

To order memorial trees or send flowers to the family in memory of Alexander A. Monaco, please visit our flower store.